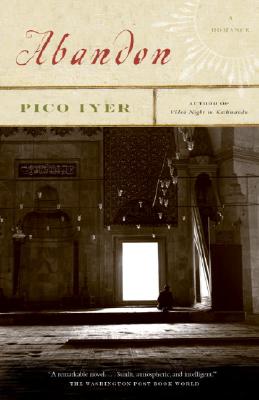 Share:
Pico Iyer’s intoxicating new novel is at once a stylish intellectual mystery and a pulse-quickening love story—the love in question being at once sacred and profane.

John Macmillan, a classically reticent Englishman who has moved to California to study the poems of the Sufi mystic Rumi, unexpectedly becomes involved in two equally absorbing quests. The first is for a mysterious Rumi manuscript that may have been smuggled out of Iran; the second for the elusive Camilla Jensen, who continually offers herself to him only to repeatedly slip from his grasp. Are these quests somehow related? And can Macmillan give himself over to them without losing his career and identity?

Moving deftly from California academia to the mosques of Iran, filled with insights into the minds of Islam and the modern West, Abandon is a magic carpet-ride of a book.