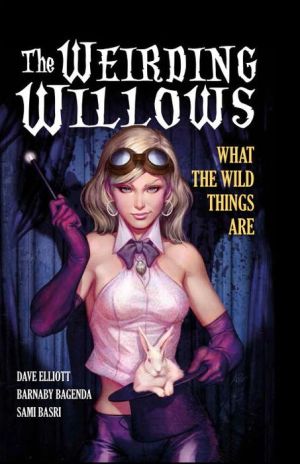 Share:
After years of studying under scientists like Charles Darwin and reading the essays of Doctor Victor Frankenstein, Doctor Philippe Moreau moved to the country to continue his experiments in artificially advancing evolution.

His wife left him, and took with her their daughter, Alice.
All her life, all Alice has known the Weir across from the Wild Woods.

Aged 9, Alice wandered into the Wild Woods and made her first startling discovery. A portal to another world. A world called Wonderland.

Now aged 18, Alice has found three more portals in the Woods, with rumors amongst the intelligent animals that inhabit the Weir of many more.

Along with a team comprised of Badger, Mole, Ratty, Toad, Frankenstein's Monster, Mowgli, Benjamin Bunny, Peter Rabbit and the White Rabbit, Alice now guards these gateways from those who would exploit them - or those who would invade our world through them!