A Year in the Life of a Playground Mother — Christie Barlow 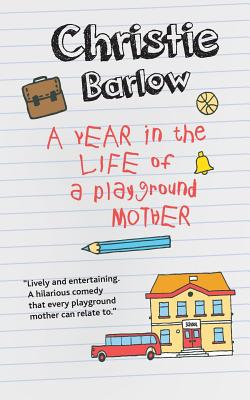 'A hilarious observation of playground politics.' 'As funny as it is true...' ‘Well-observed, highly-relatable and wickedly-funny.’ Cathy Bramley author of Ivy Lane. ‘What a tonic, this book should be available on prescription! Witty and incisive.' Matt Franks – comedian. 'A hilarious account, cleverly witty all the way through, a very entertaining read.’ Kim the Book worm. ‘Full of laughs and hilarious one-liners’ JB Johnston Book Tours. ‘Hilarious entertaining read.’ Chicklit Chickadees Book Tour Ever had the pleasure of collecting your children from the school playground? Even if you haven't this is a hilarious must read. A month by month comical tale of a young mother fighting for her place in the world against the backdrop of the Playground Mafia. As her life unfolds and she takes us through from one amusing anecdote to another the characters come to life. There is Penelope who has a lot more going on in her life than she bargained for and Mrs Noland who has a lot less than she claims, not to mention Rupert who is a VERY busy man. With Mrs High School Musical, The International Sex God and The Frisky Pensioner, the characters are undeniably fascinating and leave you compelled to read more. Who knew that one false move in the playground, one step in the wrong direction or smile at the wrong person could lead to such complications? The witty one liners and side splitting stories will keep you amused from beginning to end. Lively and entertaining, a hilarious comedy that every playground mother can relate to.
Reviews from Goodreads.com