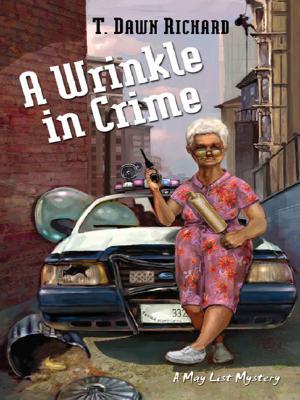 Bored with her middle-class position as a doctor's wife, May List (Death for Dessert, 2003, etc.) applies to the local police department's civilian ride-along program. When her mentor, Officer Mike Murphy, stops at a convenience store, May, seeing some suspicious activity, takes Mike's police car on a wild car chase that ends with the cruiser buried in the bumper of the suspects' pickup while she shoots out their tires. Luckily for May, the bumper is filled with drugs, and she receive an award rather than a prison sentence, leaving her free to investigate the death of Gerty Knickers, artist and animal activist. Gerty's sisters, eccentric pet groomers, Inez and Bertha Peach, don't mourn her demise, since she was trying to shut down The Poochie Hooch, the smelly, noisy facility where they breed Chinese Crested dogs and groom all comers. But they're still willing to help May check out Gerty's husband, her favorite suspect. May's activities include setting the sisters' ferret loose in the police station she has accidentally flooded, chasing an intruder through the snow in a teddy and robe and getting her minister beaten up in a grocery store. Undaunted, May and the sisters continue their detective work, bringing the case to a fiery but satisfactory conclusion.
Reviews from Goodreads.com 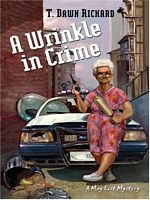 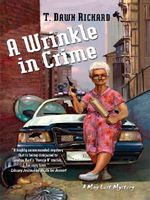