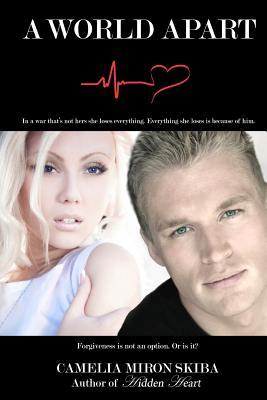 
Trauma surgeon Lieutenant Cassandra Toma begins her deployment at the Joint-Unit Air Base on the wrong foot. On her first day, she clashes with her new commander. Her rebellious nature and sassiness rival her excellent performance in the operating room. It might be the only reason she’s not reprimanded … or is it? Major David Hunt is unsure how to handle the brilliant and beautiful Cassandra. As her commander, he can’t consider a relationship. A forbidden passion consumes them with the intensity of an erupting volcano, leaving her heartbroken and him with tarnished honor and pride as an officer. The only way out for David is disappearing into the dangerous warzone in Iraq. When their paths cross again, Cassandra and David find they have a common goal—to find Cassandra’s brother, Maj. Robert Toma, kidnapped by insurgents while on patrol. To rescue him, they must put aside their resentments and fight their common enemy. And the fire between them is back. Cassandra wants to give David—and their love—another chance. But she doesn’t know that his mistake, his secret, could cost them both the love they’ve finally found. =============================== Cindy C Bennett--Author of Geek Girl She does it again! In her sophomore effort, Skiba delivers a fascinating, tug-at-your-heartstrings story. David and Cassandra grab you from the first page and refuse to let you go until you find out if they get their happily ever after. Written against the backdrop of the Iraqi war, their love story is riddled with the pain and terror of living in the middle of so much violence. Skiba balances the beauty of love with the horrors of war without compromising either. A World Apart gets an A+. =============================== Treasured Books Club -- Beta-reader Without taking away from the gravity of the Iraq war, A World Apart will get you laugh and cry at once. Communication between a man and a woman has always been tricky even when they do speak the same language. Imagine what happens when English is not one's native tongue. It would make you laugh out loud. The amount of drama and heartbreak will keep you up at night. You better keep a box of tissues next to you--you'll need it. A true piece of art, give it a chance. You won't regret it.