A Wolf at the Door — Ellen Datlow 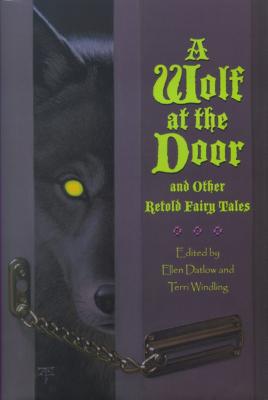 Did you ever wonder what happened to the seven dwarfs after Snow White ditched them, or what life was like for the giant in "Jack and the Beanstalk?" Can you imagine a wicked stepsister who really gets what she deserves, and a Cinderella who isn't dainty, but actually rather plump? Then this is the book for you.

All the fairy tales you've heard over and over again are revisted here, made new by award-winning fantasy and science fiction authors: Garth Nix tells a twisted new version of "Hansel and Gretel," Nancy Farmer shows us what life was like for the princess's magical horse, Gregory Maguire provides a side of the seven dwarfs you've never seen, and Neil Gaiman lays out the "Instructions" that fairy tales should have taught you. In all, thirteen new stories are born from old fairy tales, some disturbing and dark, others strange and funny, but each offering something original and unexpected -- and as surprising as a wolf at the door.
Reviews from Goodreads.com