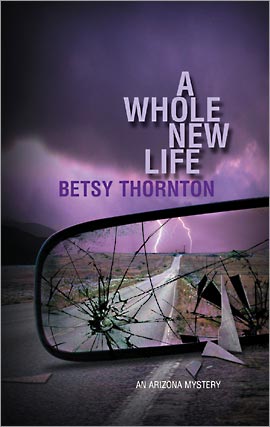 Failed poet turned creative-writing instructor Jackson Williams realized his life changed the moment police told him his wife Jenny died in a car accident on an Arizona mountain road. He didn't realize just how much until he was arrested for her murder days later. Jenny, a health and fitness fanatic, died from poison-tainted nutritional supplements--and the damning substance was found in Jackson's possession.

Luckily, Jackson's friend and neighbor Ruth hires big-city lawyer Stuart Ross to defend him. Soon, bits and pieces of Jenny's strange, secret life create upheaval in everybody's lives, including those of Jackson's long-lost daughter, Mara, and Ruth's young son, Tyler, who is afraid to tell anyone what he saw the night Jenny died. For among the colorful and eccentric locals in this remote desert community lurks a bizarre killer with a twisted motive, who is convinced that a whole new life begins with death.
Reviews from Goodreads.com