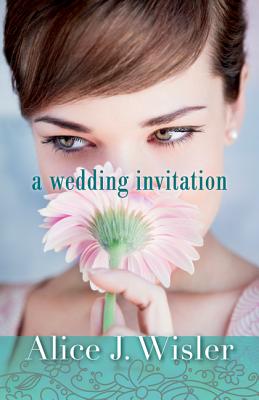 After returning home from teaching English at a refugee camp in the Philippines, Samantha Bravencourt enjoys her quiet life working at her mother's clothing boutique in Falls Church, Virginia. When she receives an invitation to a wedding in Winston-Salem, North Carolina, she looks forward to reconnecting with her college friend. Instead her life collides with Carson, a fellow teacher and the man who broke her heart, and a young Amerasian refugee named Lien who needs Samantha and Carson's help to find her mother before Lien's own wedding. When the search for Lien's mother reveals surprising secrets from the past, Samantha must reevaluate her own memories and decide whether to continue to play it safe or take a risk that could change her life.
Reviews from Goodreads.com

A Wedding Invitation by Alice J. Wisler
This story is told from the perspective of the main character, Samantha Bravencourt. In the beginning she goes from her present time, 1993, to her past when she worked at a refugee camp in the Philippines in the 1980's. So we get the background of her story. She fell in love with a young man named Carson Brylie but he had a girlfriend back home. Seven years later she still has a flame that burns for him even though they no longer have contact.

Samantha receives a wedding invitation for one her old college friends. She goes but does not recognize anyone, including the bride or groom! She does meet Taylor the PI though and so she stays for the reception. While in North Carolina she sees one of her students from the camp, Huy, and he invites her to their restaurant. His sister, Lien, who was quite a nuisance to Sam. Through meeting them she is reconnected to Carson but also she goes on a few dates with Taylor when she gets back home to Falls Church, VA. When Lien wants to find her mother, ends up she was living with her Uncle's family, Carson and Sam join together to find her and Taylor being a PI helps as well.

Samantha struggles to keep her heart from falling further for Carson as he already broke it once but the more they are together the harder it is. She stays with her Aunt Dovie when she goes to N.C. Aunt Dovie takes in all kinds of human strays with unique personalities. Cute story.
**Received from Bethany House for review