A Wedding in Africa — Shirley Carnegie 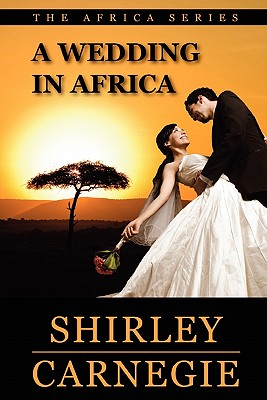 Lacey Van der Zyl, is keen to escape from her domineering father and Mortimer, the man she's going to marry. Interviewing a wealthy landowner, Tate Maddox, at his beautiful estate near the Kruger National Park is a perfect opportunity to escape her unhappy life. But Tate Maddox is a man with a past of his own to deal with. He's not keen to share his world with Lacey - even if she is the daughter of South Africa's most influential celebrity magazine editor. Even so, if he wants his new luxury tourist lodges to be successful, he knows he has no choice other than to accommodate this unwelcome intrusion into his life. With a handsome man as her host, and Tate's magnificent home at her disposal, Lacey knows she should be happy. But bitter memories from her past, and Tate's dark, brooding presence, cast shadows over the African sun. The secrets that each one carries are so great, so burdensome, that they have formed an invisible wall between them: one that only the truth can ever hope to destroy.
Reviews from Goodreads.com