A Vow to Secure His Legacy — Annie West 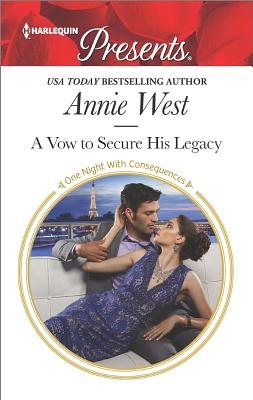 After losing her mother, Imogen Holgate believes she's living on borrowed time with the same terminal illness. So the cautious accountant blows all her savings on a once-in-a-lifetime trip around the world, where she meets sexy Parisian Thierry Girard.

Now with more than herself to think about, Imogen turns to Thierry to help, but the last thing she expected was for him to imprison her with a gold ring!