A Vintage Corpse / The Critic — Peter May 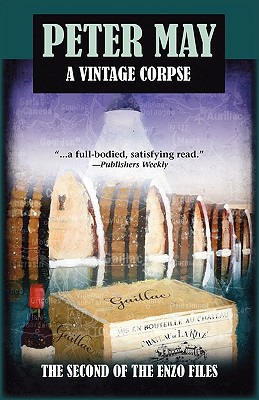 Several years ago, Gil Petty, the world's number one wine critic, went missing during a tasting tour of the little-known wine region of Gaillac. Three years ago, his body was discovered, dressed in the ceremonial robes of the Brotherhood of the Order of the Divine Bottle and preserved in red wine before being planted like a scarecrow in a vineyard in southwest France. His murderer was never found. Possible clues to Petty's murder lie in his reviews, but they are locked behind the seemingly unbreakable code he invented to keep them secure from prying eyes prior to publication. A leak to the public would have allowed wine speculators to reap rich rewards. Scots exile and former forensics expert Enzo Macleod reopens this well-chilled case to discover that the genteel world of winemakers hides a business driven by greed, envy, and desperation. Fortified by copious quantities of wine, Enzo hunts an elusive murderer who is quite prepared to kill again. Peter May won the Scottish Young Journalist of the Year Award at 21, and had his first novel published at 26. He then left journalism and became one of Scotland's most successful and prolific television dramatists. A Vintage Corpse is the sequel to Dry Bones and second in the Enzo MacLeod series. Peter May is married to writer Janice Hally and lives in France. www.enzomacleod.com
Reviews from Goodreads.com 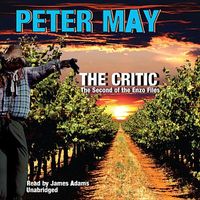