A Victory for Love — Barbara Cartland 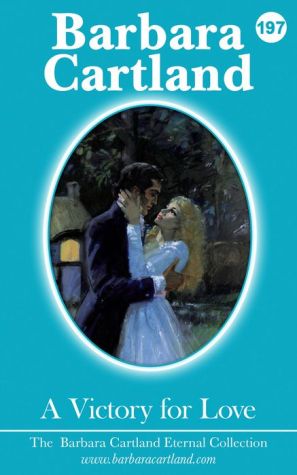 Tiny, golden-haired Farica Chalfont had much to think about: The intriguing yet cunning Earl of Lydbrooke had proposed marriage, and she suspected more for her fortune than her beauty. She had gone riding to try and decide whether to please her father and marry the Earl. But instead of finding solitude in her special woodland hideaway, she found a striking soldier -- John Hamilton -- badly wounded at Waterloo, who was weary and mesmerizing. Drawn to him from the start, she war to learn he hid a dark mystery.

"Unless you marry me I intend to mark you so that no man will ever look at you again, except with horror!"

The Earl pulled Farica forward so that they were standing before the Parson from whom came a strong smell of spirits. Farica wondered wildly how she could escape....