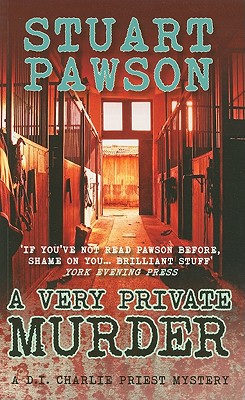 Share:
DI Charlie Priest is on gardening leave, literally, when he gets a call from his colleagues at Heckley about the opening of a local shopping and conference centre. Amid the paparazzi flash bulbs, someone by-passed security and defaced the plaque Ghislaine Curzon, girlfriend of one of the royal princes, was unveiling. The f-word painted in foot high red paint succeeds in scandalizing the mayor and gathered dignitaries and a horrified Chief Constable immediately puts Charlie on the case.Charlie would rather be investigating the spate of burglaries perpetrated by a gang with a pit bull terrier, but charmed by Ghislaine and her precocious younger sister, he is drawn into the enquiry just as the upstart mayor who pushed through construction of the shopping centre is found dead. While the case leads Charlie to look closely at the local horseracing establishment, with some lateral thinking he is also able to pull in the animals behind the pit bull burglaries.