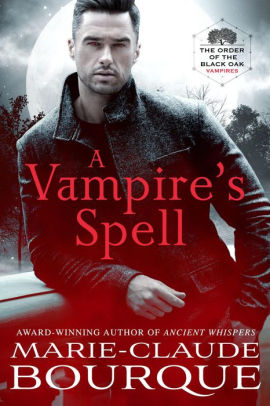 A VAMPIRE'S SPELL: A Slow-Burn Urban Fantasy RomanceMeet the Order of the Black Oak: a powerful order of modern-day warriors fighting evil to protect the ones they love.Son of an ancient vampire and a legendary French witch, guilt-ridden Mont-Royal Immortal Valerian St-Amand must team with a powerful New England witch to protect his city from a crazed scientist seeking immortality. But as his well-guarded heart softens for Maisie Thibodeau, their quest to eradicate true evil from the streets of Montreal destroys any hope of everlasting love.If you love loyal tough guys with hearts, satisfying slow-burn paranormal romance and safe Happily Ever Afters, then the Black Oak World is for you.***** Fantastic series of action, magic and awesome romance. You will fall in love with the characters and feel you are right with them.
Reviews from Goodreads.com