A Time Without Shadows — Ted Allbeury 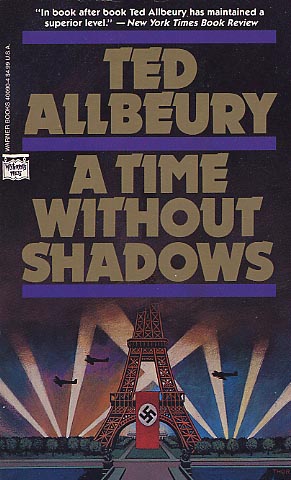 Philip Maclean, an Englishman, loved both France and a lovely young Frenchwoman, Anne-Marie Duchard. After the German invasion he escaped to England, but he soon returned as the leader of a Resistance network, a role for which he was brilliantly suited.

However, what seemed the ultimate accolade--a personal interview in which Churchill ordered him to abandon all caution and attack the Nazis directly -- turned horribly sour when Maclean and his entire network were arrested and sent to concentration camps. They had been betrayed, but by whom?

Forty years later, M16 officer Harry Chapman is told to investigate the affair. He discovers that all records of the network were destroyed by a sinister British Intelligence officer in 1945. The survivors, including a bitter Anne-Marie, are still haunted by the long-ago tragedy. And the man whom most suspect of murderous treachery has just died in a mysterious plane crash...