A Time to Remember — Margaret Pemberton 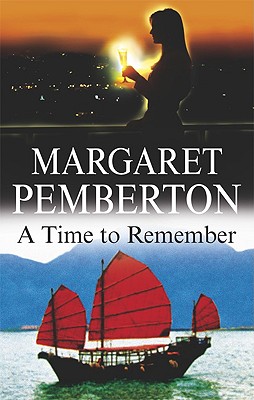 Share:
From Europe's legendary playgrounds of the idle rich... to the teeming streets of Hong Kong... to the sudden thunder of war.

After her mother's death, Elizabeth Kingsley, 10, was in charge of his father, Jerome Kingsley, the charming, debonair... and totally selfish, whom she adored beyond reason. She is thrust into her loving but self-centered father's cosmopolitan lifestyle, leaving England and her cherished piano lessons behind. Her talent is extraordinary, but her clueless father wants her with him as he travels through Europe.

His best friend, Adam Harland, is the one constant in Elizabeth's life. No man could look at Elizabeth without wanting her. After her father dies when she is 17, Adam, who has always loved Elizabeth, proposes marriage despite being older than her by more than 20 years. As Europe falls prey to Hitler, Adam chooses to move to Hong Kong to fight the Japanese. Once again, Elizabeth has to set her music aside. She possessed a luminous beauty... and aura of wisdom... and the sweet remoteness of a woman whose sensual promise dared a man to unleash it.

Then she meets the intriguing American Raefe Elliot. the magnetic, powerful man they called "the scoundrel of Hong Kong"... who was utterly determined to have her. For Raffe she would come to break every vow, defy every rule to find her destiny in his arms. Where as Adam is solid and comfortable, Raefe is scandalous and sensual, and Elizabeth must decide between the two.

She also met Roman Rakowski, the fourth men who shaped her life, a brilliant, charismatic musician, intense and earthy -- who could touch her soul and fire forbidden longings. To Roman she would bring her shattered hopes and dreams....


Original title: A Multitude of Sins.