A Time Gone By — William Heffernan 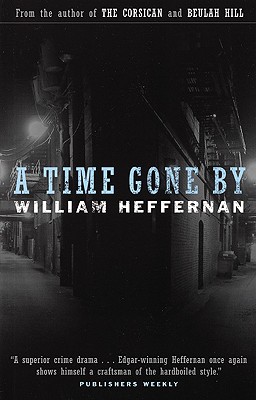 Share:
Spanning the years from 1945 to 1975, A Time Gone By is rich in atmosphere and ripe with the kind of white-hot, hardboiled sexuality that distinguished the classic detective novels of authors like Raymond Chandler and Dashiell Hammett, and the noir films to which they gave rise.

Jake Downing is a rookie detective on the New York City Police force when he is called in to investigate the murder of one of the city's most prominent judges. A man who relished his position of power, and who also loved the excitement of the city's thriving post-World War II cafe society, Judge Wallace Reed was the top contender to become New York's next governor. All that and more is brought to an untimely end when the judge is found bludgeoned to death in his elegant Upper East Side town house.

The eventual outcome of the police investigation is the arrest and conviction -- and ultimate execution -- of a man who fit all the requirements of a killer. The murder case, and his involvement in its resolution, launches Jake Downing's career, a meteoric rise to the position of Chief of Detectives. But what Downing can't ever escape is his knowledge that the wrong person was sent to the electric chair -- it is something that has haunted him for years, ultimately destroying his personal life by driving away everyone he had ever loved. Now, facing retirement, Downing decides to reopen the investigation, to get both the record and his conscience straight -- no matter what it costs, no matter whom it hurts.

What really happened on that rainy night in 1945? Who wanted the judge killed?

Certainly Cynthia Reed, his sultry young widow, had questionable reasons for ever marrying him. But did she also want him dead?

When Jake Downing was given the task of protecting the widow, he knew it was a mistake -- she was beautiful and vulnerable, but she was also trouble. It was an assignment that would change forever the life of this idealistic young detective.

Now, two decades later, as he struggles to find the real murderer of Judge Reed, Jake Downing is opening a door he will never be able to close, as memories embrace him and shards of truth threaten to penetrate his soul.

But is it truth that Downing really wants, or is it revenge?