A Time for Trust — Karen Field 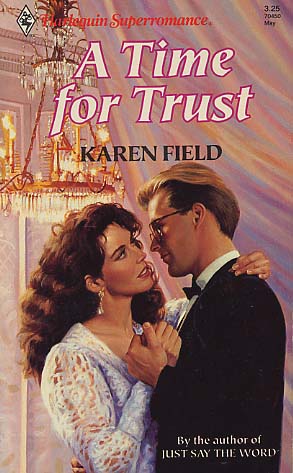 But could he shield her from the truth--that her brother had involved her in a conspiracy to kill a man on race day at the Indianapolis 500?

And how could he overlook the fact that Elaine herself, vice president of a bank, appeared to be living beyond her means? As a reporter, he was bound to discover the answer. As a man, he was irresistibly drawn to her.

Could he ever convince her to trust him enough to reveal her terrible secret? Could all his diligence protect her from a deadly plot in which she was the unwitting pawn?