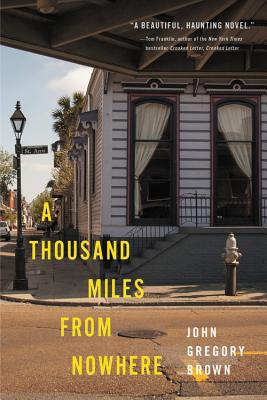 A tragicomic tour de force about one man's redemption through love and art.

"You have lost everything, yes?"

Everything? Henry thought; he considered the word. Had he lost everything?


Fleeing New Orleans as Hurricane Katrina approaches, Henry Garrett is haunted by the ruins of his marriage, a squandered inheritance, and the teaching job he inexplicably quit. He pulls into a small Virginia town after three days on the road, hoping to silence the ceaseless clamor in his head. But this quest for peace and quiet as the only guest at a roadside motel is destroyed when Henry finds himself at the center of a bizarre and violent tragedy. As a result, Henry winds up stranded at the ramshackle motel just outside the small town of Marimore, and it's there that he is pulled into the lives of those around him: Latangi, the motel's recently widowed proprietor, who seems to have a plan for Henry; Marge, a local secretary who marshals the collective energy of her women's church group; and the family of an old man, a prisoner, who dies in a desperate effort to provide for his infirm wife.
Reviews from Goodreads.com