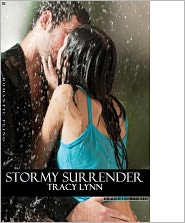 When Caitlyn Barrett learns that her divorce from Billionaire Alexander Quinn is not quite as official as she has been lead to believe, she flies off to his private island in the Caribbean with a tropical storm hot on her heels and divorce papers firmly in hand, determined to put an end to their disastrous marriage once and for all so that she can marry another man. But Alexander has different plans in mind.

As a man unaccustomed to losing, Alexander has lured Caitlyn to the island with the intent of seducing her back into his bed. When Caitlyn accepts his challenge to ride out the coming storm with him on their island in exchange for his signature on the divorce papers, she is determined to prove to both Alexander and herself that she is over him.

However, being alone with the seductive Alexander in the tropical paradise where they once spent their honeymoon proves to be even more perilous than the approaching storm as memories of their life together stirs up a tempest of powerful emotions that threaten to overwhelm her. As the storm intensifies, so does her attraction to Alexander. But the emotional fallout from falling back into old habits with a man as overpowering as Alexander holds the potential to be as devastating to Caitlyn as a Category Five Hurricane.
Reviews from Goodreads.com 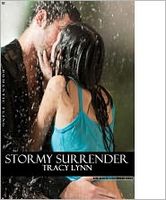