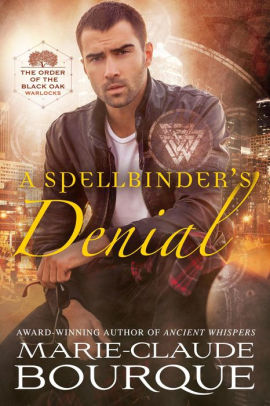 A billionaire spellbinder denying his magic legacy. A savvy banshee protecting a doomed infant.Can he unleash his powers in time to save them both?Experience the true cost of A SPELLBINDER'S DENIAL…A character-driven series for lovers of classic paranormal romance. Intense, passionate, spellbinding. THE SPELLBINDER: Billionaire spellbinder Duke Morgan is a warlock in name only. Riddled with guilt after his unleashed powers wrecked lives decades ago, he vowed to deny his blood legacy and use his wealth to make amends. But when the woman he's been trying to forget crosses his path, even his fortune won't be enough to protect her.THE BANSHEE: Savvy banshee Sloane Davenport will do anything to provide and care for her adopted baby girl, even accepting to move in with Duke to give the tragically-orphaned child a better life. But when all she sees is death, his resources and her love won't be enough. The undead are after banshee's blood and only warlock sorcery has a chance to defeat them.Brought to you by gothic paranormal romance writer and American Title Winner, Marie-Claude Bourque, The Order of the Black Oak Series starts continue…Bourque develops a world of mages and sorceresses unlike any other.  -- Night Owl Reviews
Reviews from Goodreads.com