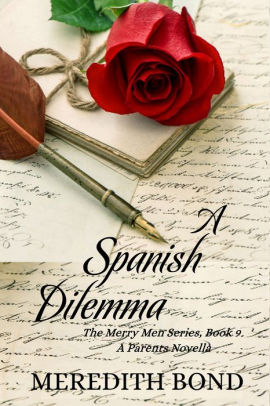 
In the midst of war, treaty negotiations can lead to so much more.
Robert Seton isn’t just going to sit around spending money on silly amusements when there’s a war going on. But since his father has refused to buy him a commission in the army, Robert is thrilled when he is given a diplomatic post to observe treaty negotiations in Basel, Switzerland between France and Spain. Finally he’ll have a role to play in order to help defeat the French.
Isabella Guzman is very happy to have accompanied her father to Basel to support him as he negotiates with the French. But now that the negotiations are over, the French seem to need a little push to get them to sign what they’ve agreed to. Isabella is determined to give it to them—she wants to go home.
Fighting the French is so much more pleasant when you have an intelligent and attractive ally, but with Robert looking forward to returning to England and Isabella going home to Spain, romance can be very complicated.