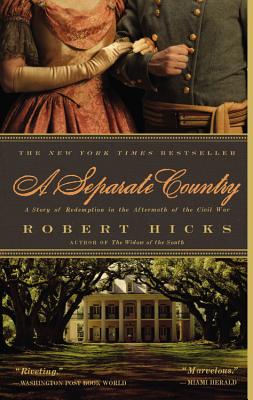 
Set in New Orleans in the years after the Civil War, A Separate Country is based on the incredible life of John Bell Hood, arguably one of the most controversial generals of the Confederate Army--and one of its most tragic figures. Robert E. Lee promoted him to major general after the Battle of Antietam. But the Civil War would mark him forever. At Gettysburg, he lost the use of his left arm. At the Battle of Chickamauga, his right leg was amputated. Starting fresh after the war, he married Anna Marie Hennen and fathered 11 children with her, including three sets of twins. But fate had other plans. Crippled by his war wounds and defeat, ravaged by financial misfortune, Hood had one last foe to battle: Yellow Fever. A Separate Country is the heartrending story of a decent and good man who struggled with his inability to admit his failures-and the story of those who taught him to love, and to be loved, and transformed him.