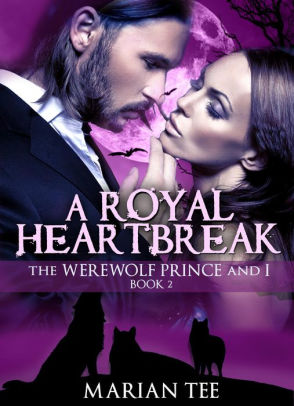 
Domenico Moretti used to have it all. He was prince to one of the most powerful and wealthiest Lyccan packs in the world, a warrior who made his opponents tremble in fear, a gorgeous billionaire every woman desired. Only when his wife disappeared did Domenico realize that none of it mattered if he did not have Misty’s love and trust.

Misty Wall used to be a wimp, a starry-eyed fool who thought she was about to live happily ever after with the werewolf she loved. She used to think Domenico Moretti loved her back…until his lies publicly shamed her with the revelation that she was never his mate and was only ever his pawn for revenge.

When the threat of war looms closer, the alliance between non-human races is put to the test and forces the estranged couple to face each other again.

To prove that his princess means more to him than anything else, Domenico makes the greatest sacrifice, laying his pride on the line and turning his back on his destiny. Domenico had hoped for a second chance, but heartbreak may all that awaits him when Misty seals her allegiance to the Faeries…by promising to wed another man.