A Room To Die In — Ellery Queen 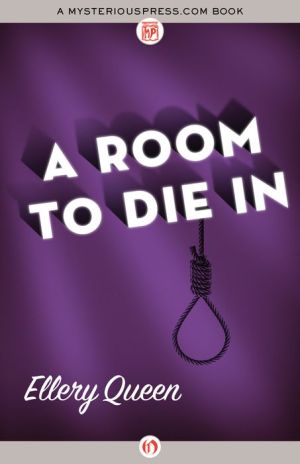 Share:
A schoolteacher fights to prove that her father’s suicide was actually murder in this classic whodunit from one of the greatest names in mystery fiction. Ann hasn’t seen her mother in three years, and she doesn’t miss her at all. But without warning, Elaine shows up on her daughter’s doorstep, dead broke and hungry for scotch. Ann’s father has just come into an inheritance, and Elaine wants every penny. After a few drinks, she stumbles on her way. A month later, Ann has nearly forgotten her mother’s visit—until a policeman shows up to announce that her father is dead.   He was found in his study, the windows shut, the doors locked from the inside. There was a .38 beside him on the floor and a note on the desk suggesting blackmail. The police are convinced that he took his own life, but Ann is certain her father was murdered—and she’ll risk her neck to find out who killed him.