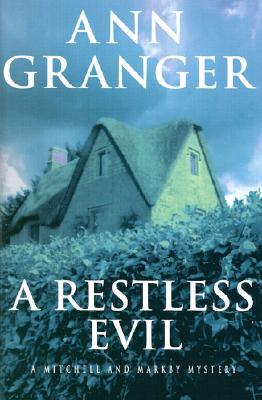 The officer on duty at Bamford police station is skeptical when he takes a call from Guy Morgan. Morgan claims to have stumbled upon human bones in Stovey Woods in the heart of the Cotswalds, but surely animal bones are more likely? Morgan, though, is a doctor as well as a hiker, and he knows exactly what he's found.

It sends a shiver down Detective Alan Markby's spine when he hears the news. Twenty-two years ago, as a fresh-faced young inspector, he had a rare failure: His hunt for a brutal serial rapist preying on local women in the Stovey woods came up empty. After the third rape, the attacker disappeared, never to be heard of again.

Now, with a new investigation prompted by Morgan's grisly discovery, the trail could be warm once more. But almost at once Markby is confronted with another body and a thoroughly up-to-date murder. Markby's lover, Meredith Mitchell, can't help but wonder: Could the two be connected? But as both are about to find out, it seems that some of the village residents would be just as happy to let sleeping dogs lie and secrets-both old and new-stay hidden...
Reviews from Goodreads.com

I usually love Mitchell and Markby stories, but this book is not Ms. Granger's best in this series. In this book Meredith and Alan are house hunting, and they end up in a pokey little village called Upper Stovey. Not much goes on in this backward little village, but while they are there someone discovers human bones in Stovey Woods. Markby has been in Upper Stovey before. Twenty-two years ago he was hunting a serial rapist who was nicknamed The Potato Man. They did not find the perpetrator then, but Alan hopes that the discovery of these old bones will give him a lead on this old case. But before he and his team get too far with the bones, another much fresher corpse turns up in this village. Markby hopes that the two cases (the old and the new) are connected thus giving him a line on solving a case that has haunted him for 22 years. I felt though that the tension wasn't maintained in the book and I found myself losing interest at times. This is quite contrary to most Mitchell and Markby stories, so therefore a disappointment to me.This is a great series though, and I fully expect the next book to be back on form. 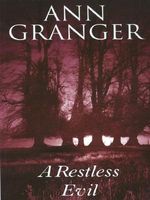