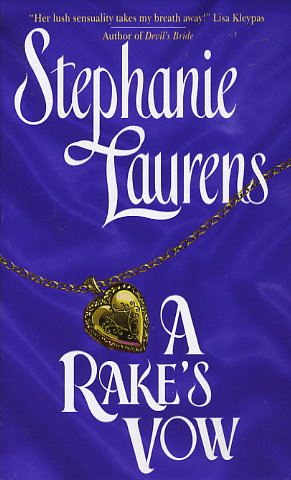 Vane Cynster always knew which way the wind was blowing, and it was headed in a marrying direction. The other Cynster men might not mind stepping up to the altar, but Vane never wanted to be leg-shackled to any woman-no matter how comely. Bellamy Hall seemed like the perfect place to temporarily hide from London's husband-hunters. But when he encountered irresistible Patience Debbington, Vane, realized he'd met his match and soon he had more than seduction on his mind.

SHE VOWED NO MAN WOULD CATCH HER

Patience wasn't about to succumb to Vane's sensuous propositions. Yes, his kisses left her dizzy; his caresses made her melt; but he was arrogant, presumptuous ... and, despite his protests, bound to be unfaithful--just like every other man. Patience had promised herself that she'd never become vulnerable to a broken heart. But was this one vow that was meant to be broken?
Reviews from Goodreads.com