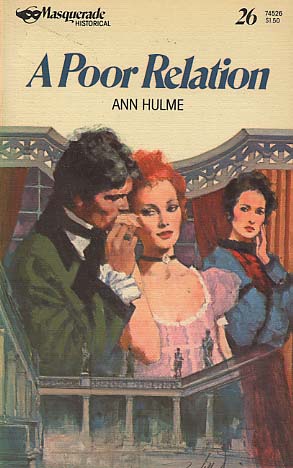 What dreadful secret was he guarding?

Isabella did not know nor even care to ask. She only knew that she passionately loved Jerome Hansford, a real man in a world of fops and dandies.

For his part, Jerome was bitterly afraid he could never marry--despite his bachelor status and extreme eligibility--because the scars that life had etched on his heart appeared likely to cripple him forever.

And surely, it seemed, Isabella's tender feelings would crumble if the awful truth about Jerome were revealed!
Reviews from Goodreads.com