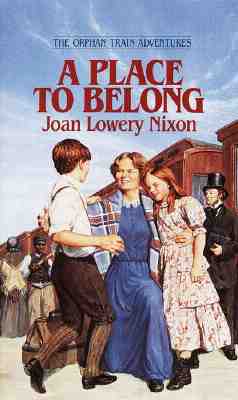 The Orphan Train Quartet follows the story of the six Kelly children, whose widowed mother has sent them west from New York City in 1856 because she realizes she cannot give them the life they deserve. Danny and his younger sister Peg feel lucky to be adopted by kind Alfrid and Olga Swenson in St. Joseph, Missouri. But when Olga dies suddenly, the children fear they will lose their wonderful new family. Danny comes up with an ingenious plan so they won’t be separated, and which might even bring his real family back together. Then Danny runs into a phony doctor he knew from New York City, who recognizes him. Can Danny protect himself and those he loves from the evil doctor and still make his plan work?
Reviews from Goodreads.com