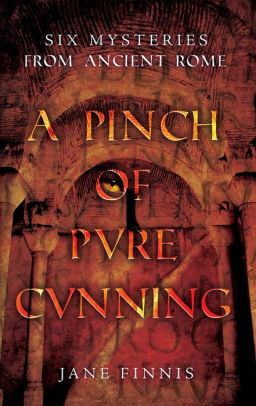 Share:
This is a collection of mystery short stories, a variety of traditional whodunnits, all with an Ancient Roman background. The tales take us to the turbulent frontier province of Britannia, the showy luxury of Rome itself, and right inside the glittering and dangerous court of Nero.These make dramatic settings for crime and mystery, and show us a little of life (and death) two thousand years ago. The Roman world had its share of crime, because human nature was much the same then as it is now. Greed, vengeance, and jealousy were motives for theft, fraud, and murder...and where there were crimes there were also investigators.The sleuths in these stories are not professional detectives in the modern sense. Innkeeper Aurelia Marcella, (heroine of the Aurelia Marcella series of mystery novels,) just wants to get on with running a successful business; Rufus the bodyguard becomes an investigator when he is present at a fashionable banquet where celebration turns to tragedy; and elite guardsman Marius learns how criticising Caesar's singing can have deadly consequences. And of course they all lack the elaborate tools for crime-solving that modern detectives take for granted. But they share an over-riding determination to seek out truth and bring justice, even when that puts them in danger. These stories show how they can succeed, using intelligence, courage, and of course a pinch of pure cunning,