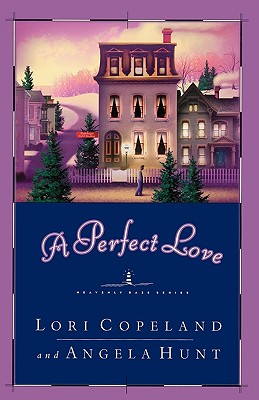 Share:
WELCOME TO THE ISLAND OF HEAVENLY DAZE
Where Guardian Angels Keep Watch over a Community, off the Coast of Maine.

The New Year brings challenges aplenty for the guardian angels of Heavenly Daze!
Despite the blustery winter chill, love is in the air on the island of Heavenly Daze. As the new year begins, new friendships form and a new baby may be on the way--while an engagement and a mother's heart may be broken. So the month of January holds no rest for the angels who guard the homes and hearts of Heavenly Daze.

It's a series of new beginnings as the island's resident angels help the townspeople celebrate hope while chasing the winter blues away.