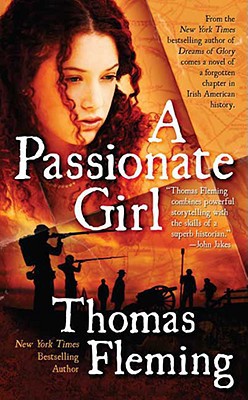 Share:
Beautiful, rebellious Bess Fitzmaurice is mesmerized by Dan McCaffrey, an American of Irish descent who has come to Ireland to aid the Fenian revolt against British tyranny. He appears in her home on May Eve 1865, fleeing British forces. To Bess, Dan is the mythical Donal Ogue, the hero of a famous Irish poem, returned to rescue Ireland - but right now, he is an American Civil War veteran on the run. Bess and her brother, Michael, get Dan to a ship, and they flee to America.

In 1865, America is a nation ravaged by four years of Civil War. Bess discovers that among the Irish-American Fenians money and power and patriotism are entangled in bewildering and demoralizing ways, while Dan McCaffrey surrenders to the corruption of New York City politics. The Fenians' invasion of Canada and their goal of holding the English colony hostage for a free Ireland become a hot issue in a power struggle between Democrats and Republicans. When the American federal government double-crosses the Fenians, forcing thousands of Irish Civil War veterans to abandon the Canadian invasion after winning the first battle, acrimony engulfs the movement, leading to feuds, name-calling - and murder.

In despair, Bess quits the Fenians and finds love in the arms of former Union General Jonathan Stapleton. Their idyll, however, is soon interrupted by Dan McCaffrey, who forces her to choose between him and her new lover.