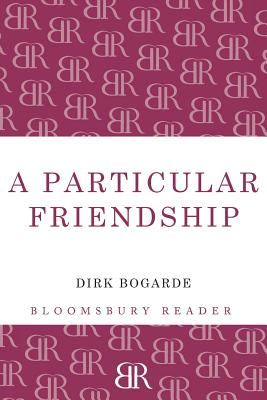 'London guests staying hate it. Keeps them awake all night they complain. The bleating in the utter stillness. I heal with it, as you did.'
This epistolary collection finds Bogarde at his most honest and touching, engaging in conversation with a woman he has never met and whose only interest in him comes from the simple fact that he now happens to live in a house that she once owned. These letters provide an insight into the wit and intelligence of a great man without the stifling constraints of other literary forms. It presents us with a platform and a relationship that allows Bogarde to freely reminisce, discuss politics, gossip about those around him and provide razor-sharp cameo portraits of the famous. The letters were all composed before Bogarde saw himself as an author and stand as a testament to his literary talent, his domestic sensibilities, as well as his unquestionable compassion in sharing so much with a complete stranger.
First published in 1989, A Particular Friendship follows Bogarde's first four memoirs.
Reviews from Goodreads.com