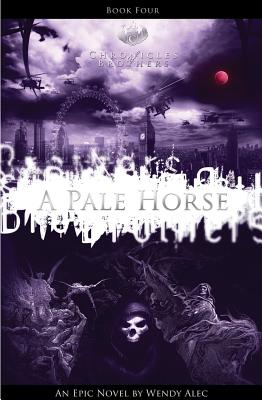 Share:
Wendy Alec's epic Chronicles of Brothers saga continues in this eagerly anticipated fourth book. It is 2005. Halfway through the tribulation, the fourth Horseman of the Apocalypse, the Hooded Rider wields his scythe...the Rapture draws near. The long awaited Ten Kingdom Babylon Accord is finalized in Iraq. Ten of the world's former super economic regions including the entire Middle East and China, now ravaged by inflation and famine form a one world government under the iron rule of the President of the European Union, Lucifer's clone, Adrian De Vere. Adrian De Vere now controls the European Union, NATO, the United Nations and half the world's food and oil reserves. He masterminds a bailout plan to the tune of 7 trillion dollars. Israel is halfway through the denuclearization agreement and Adrian De Vere is hailed as the great western ally and savior of Israel. His elder brother, arch cynic and media mogul, Jason De Vere finds himself sucked into a dark supernatural world of demonized beings. His brother, Adrian is systematically intent on his destruction. Jason runs for his life. Adrian De Vere's scientists and Lucifer's dark Cabal Wizards release a weaponized toxin to decimate over a third of the Earth's population. A timeless saga of demons and Angelic Warriors...and an ancient evil that knows no bounds.