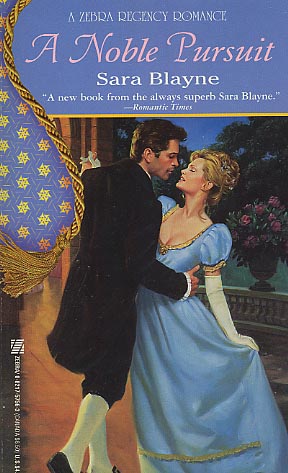 A MOST UNLIKELY COUPLE...IN A MOST OUTRAGEOUS ROMANCE!

"Hurry up and kiss me!" The Earl of Ransome has embraced many a miss, but he has never been asked by a perfectly strange woman! But her eyes are blue, her hair is gold, and her lips are very appealing...so the Earl of Ransome does as he is bid. As for Francine Elizabeth Powell, the tomboyish daughter of the Earl of Bancroft, she never expects the room to actually start spinning. She'd been trying to escape the unwelcome attentions of a drunken squire and acted impetuously...as usual.

But it is the rakish Earl who is struck by Cupid's arrow. Alas, Francine does not believe a word he says. With his choice of the ton's most beautiful ladies, why would he want her? Her plan had been to spy on her sister's wandering husband concealed in a most risque disguise. Now the smitten nobleman's pursuit of this delightful minx will find him entangled in her most unconventional adventures. It's a merry chase that could turn a rake into a fool with a broken heart...or turn a brazen tomboy into a blushing bride!
Reviews from Goodreads.com