A Night in the Prince's Bed — Chantelle Shaw 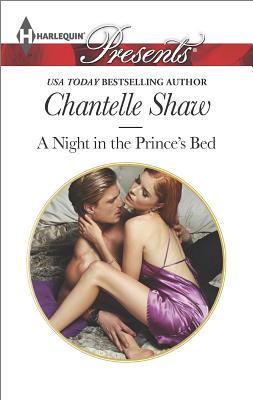 Beautiful Mina Hart has overcome her hearing impairment to become a leading theater actress. But one stolen night with a gorgeous stranger turns into headline news when it's revealed he is the prince of Storvhal.

Devastated when he accuses her of using him for publicity, Mina travels to his icy Scandinavian country to proclaim her innocence. But while she's hiding in his car she falls asleep, and wakes up at Prince Aksel's private retreat!

A heavy snowfall traps them in, and now she must rely on her senses to read this haunted and intensely private prince!