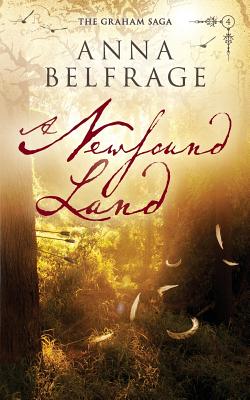 
"It's 1672, and Matthew Graham and his family have left Scotland. Having taken the drastic decision to leave their homeland due to religious conflicts, Alexandra and Matthew hope for a simpler, if harsher, life in the wilds of the Colony of Maryland. Unfortunately, things don't always turn out as you want them to, and the past has a nasty tendency to resurface at the most inappropriate moments. Both Matthew and Alex are forced to cope with the unexpected reappearance of people they had never thought to meet again, and the screw is turned that much tighter when the four rogue Burley brothers enter their lives. Matters are further complicated by the strained relations between colonists and the Susquehannock Indians. When Matthew intercedes to stop the Burleys from abducting Indian women into slavery he makes lifelong - and deadly - enemies of them all. Once again Alex is plunged into an existence where death seems to threaten her man wherever he goes. Will Matthew see himself - and his family - safe in these new circumstances? And will the past finally be laid to rest?' A Newfound Land' is the fourth book in Anna Belfrage's time slip series featuring time traveller Alexandra Lind and her seventeenth century husband, Matthew Graham. Want to know more? Vist the author's website at: www.annabelfrage.com 'A Newfound Land' has been awarded a B.R.A.G. Medallion."