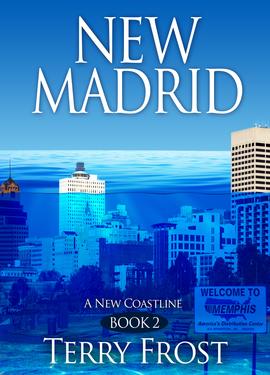 Share:
This eBook has been edited in November 2016. If you own a prior version, you may update by going to Manage Your Content & Devices.

The New Madrid earthquake had claimed over one million American lives and displaced more than 18 million in the central portion of the United States from Louisiana to Illinois. The four former Army Rangers, their partners, and several extended family members had survived the initial devastation in a pre-cold war storage facility built into a mountain they named the Haven. As the group went to bed one night exactly two months after the earthquake they had no knowledge of the new danger coming from the bottom of the Great Crevasse. The New Madrid earthquake had ruptured the continental crust and was beginning to fill the void with billions of tons of salt water. Within ninety days the cities of St. Louis, MO, and Memphis, TN, would be lying under three hundred feet of salt water creating the New Madrid Sea and a New Coastline in the middle of the United States of America.