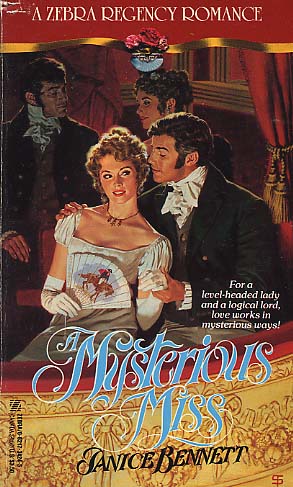 SUSPICIOUS HEART
Miss Phyllida Dearne prided herself on her composure. But the murder of her lovely, selfish sister -- and in a London opera box -- was enough to overset the most level-headed of ladies. For once, she was relieved to lean on a man's shoulder. Surely, between herself and the quietly ironic, imperturbably calm Lord Ingram, they would soon narrow the field of suspects. But as Phyllida assembled the clues, she began to suspect his lordship had an ulterior motive in offering his services -- to throw her off the scent!

DECEPTIVE EMBRACE
Captain Lord Ingram had obviously been away from the London ton for too long. To his recollection, murders were not common occurrences before the war. Reason told him to stay out of the fray, but when he thought of the victim's sister, the witty and spirited Phyllida, he couldn't help but get involved. However, as the evidence began to accumulate he found it pointing to the very woman he wanted to protect -- Miss Dearne. Justice demanded that he prove his case, even if it meant weakening her guard in a way no woman could resist...
Reviews from Goodreads.com