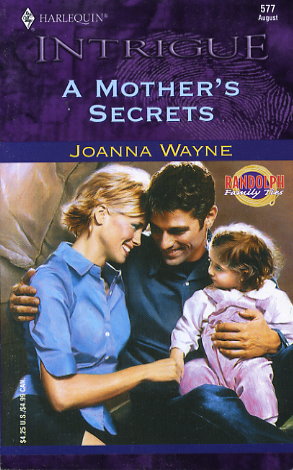 Theirs had been a family of men ... until baby Betsy turned up on the ranch doorstep. Now every one of them pulled together to solve a mystery and to protect one of their own. Family first was the Randolph way.

It was a code Kathi Sable knew Ryder Randolph lived--and would die--by. And it was why she had to keep her secrets and her distance from the man she'd never stopped loving. Except when Ryder was questioned in the death of a mutual friend, she had no choice but to seek him out, to defend the father of her child. But would he ever forgive her for building a wall of secrets between them...?

RANDOLPH FAMILY TIES: Branson, Langley and Ryder: Randolph brothers, family men, larger-than-life Texans. Flesh and blood bind them to each other--and to a mystery baby girl. One is her father ... all are her protectors.
Reviews from Goodreads.com