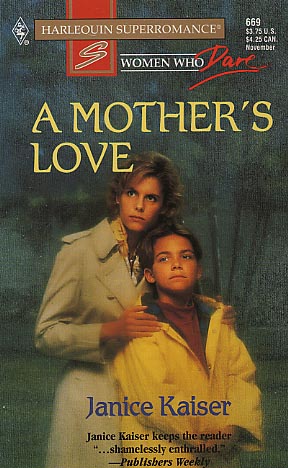 When Anne Leighton sent her son, Scotty, to England for a holiday with his Air Force father, she had no reason to suppose he'd never return. But he didn't. So Anne flew there to bring him back.

She found an unexpected ally in the attractive base commander, Colonel Grant Sarver. When she was arrested for trying to see her son, Grant put her under house arrest. At his house.

They soon wanted more from each other than they could possibly have. Because the military was her enemy--it was keeping her from her son--but it was Grant's whole life. For Anne, this was a no-win situation: the Air Force was a law unto itself. Well, maybe it was time she took the law into her own hands....

She wanted her son. And her lover.