A Most Devilish Rogue — Ashlyn Macnamara 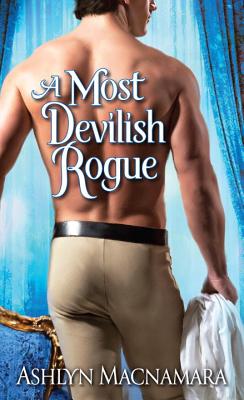 Fans who adore Julia Quinn, Eloisa James, and Sabrina Jeffries will savor Ashlyn Macnamara's sensual new novel, which proves that two hearts are better than one.

Years ago, when Isabelle Mears was still a young miss too infatuated to know better, she surrendered her innocence to a dishonorable man. Though ruined and cast out from society, she has worked hard to shelter her illegitimate son, Jack. Having sworn off men in her quiet but dignified life, Isabelle is unprepared for the deep longing that rips through her when a handsome stranger rescues her rambunctious six-year-old from the pounding ocean surf.

George Upperton is a man in trouble with debts, women, and a meddling family. He is, by all accounts, the last gentleman on earth Isabelle should be drawn to. But loneliness is a hard mistress, and caution gives way to desire . . . even though Isabelle is convinced that happiness can't be found in the arms of such a devilish rogue. Only when Jack is kidnapped does Isabelle discover the true depth of George's devotion -- and how far a good man will go to fight for the woman whose love is all that matters.
Reviews from Goodreads.com