A Most Convenient Marriage — Suzanne Carey 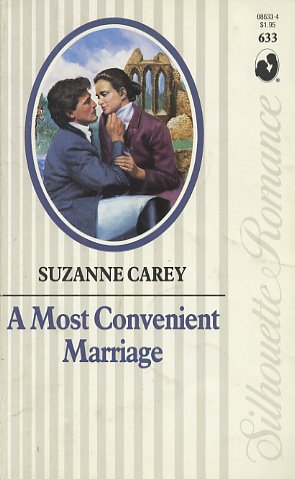 Widow Rachel Vanden Ross couldn't believe her ears. Marcus Davenport, one of the richest men in Europe had proposed to her! It should have been a scene out of a fairy tale, but there was a catch--Marcus only wanted a wife in order to have a child.

A disastrous first marriage made Rachel reject his offer--until Marcus kissed her, bringing to life feelings she had thought long dead. Suddenly a world of possibilities opened up-- but by accepting Marcus on his own terms, was she dooming herself to a life with heaven just out of reach? Rachel made a fateful decision... .
Reviews from Goodreads.com