A Most Contagious Game — Catherine Aird 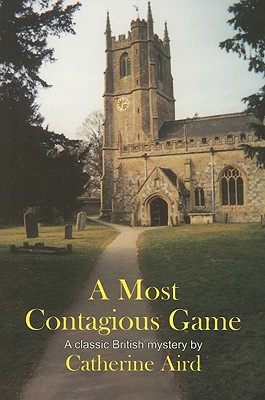 When a heart attack forces Thomas Harding to retire with his wife Dora to a Tudor manor house in Calleshire County, he soon discovers that it comes complete with a priest hole, built by a clever Elizabethan craftsman and containing--quite unfortunately--a skeleton from a much earlier time. The local doctor says it's a clear case of murder but the police, pointing out that by now the murderer was long dead, decline to investigate. Totally bored by his new life but determined to learn more about "his" murder, Thomas begins to question the villagers, who are currently more concerned with the murder of a young wife and the disappearance of her well-liked husband. But his efforts to solve a centuries-old crime, Thomas inadvertently contributes to the solution of the modern one and begins to take his place in the village of Easterbrook. Fans of Josephine Tey's Daughter of Time will embrace this tale first published in 1967 and the only novel by Aird not to feature Inspector Sloan.
Reviews from Goodreads.com