A Matter of Time — Noreen Brownlie 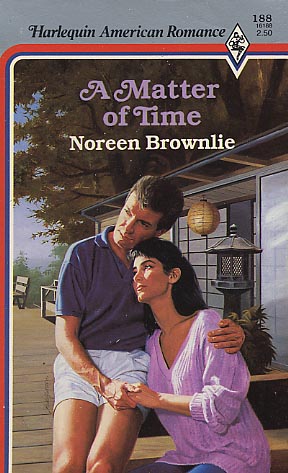 She liked herself the way she was

Jennifer Bradford thought it absurd when Dr. Julian Caldicott diagnosed her as a classic case of severe Type A behavior. In fact, she didn't understand why Future Visions magazine was so concerned about stress and burnout in its employees. Her record as assistant feature editor was untarnished. Besides, these were acceptable hazards of a job, especially in high-tech Los Angeles.

Jennifer thought she had shrewdly devised a scheme to elude Julian's efforts to defuse her stress--that is until the bouquets of spring flowers arrived. Then the feather stroking started, and she knew she was in trouble. The enticing doctor was becoming more of a challenge than she could handle.
Reviews from Goodreads.com