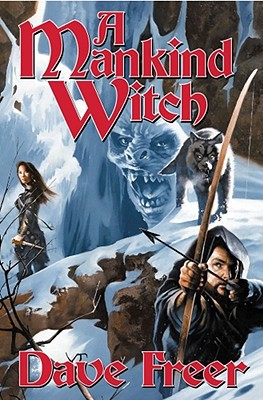 Princess Signy is the King's older stepsister. Everyone believes her to be the thief, a witch and murderess. Everyone but Cair, her stable-thrall, an ocean-plucked man with a hidden past. Cair doesn't believe in witches or magic, let alone that Signy could steal and murder. And if he has to drag the foremost knight of the age and his bodyguard kicking and screaming through the entire Norse underworld to prove it, he'll do it. No kobold, dwarf or troll is going to stop him or his scepticism. Not the wild hunt. Not even a grendel. He doesn't believe in this superstitious rubbish. He's a man of science, and he's used that to fake his way into being feared as magic-worker. But for Signy, he'll be all of mankind's witches.

He'll have to be. Because that's what it'll take to defeat the dark magics massed against her.
Reviews from Goodreads.com