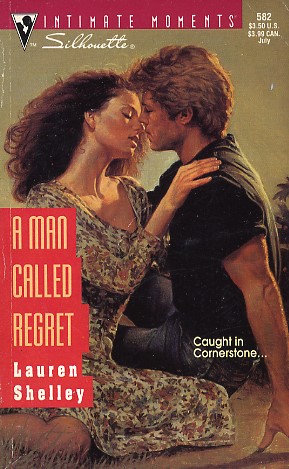 When pilot Regret James crash-landed in Cornerstone, Georgia, he found himself knee-deep in fields full of trouble. The single mother who saved his life was being bullied by yahoos, the local cops were numbskulls, and Trudy Sandlin's little daughter was yanking away on his heartstrings.

No matter. Regret was flying out of there the minute his plane was fixed.

When Regret realized Trudy was really in big trouble, he vowed to stay only long enough to see her safe. So what if the woman made him feel good? So what if her daughter made him wish she was his? So what if now he had his own big problem that couldn't be solved by
leaving?
Reviews from Goodreads.com