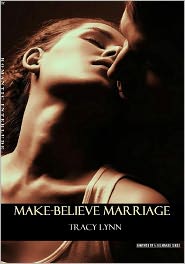 For struggling actress, Meredith Shane, the highly coveted role of heroine Kitty Beauregard in the big screen romantic epic being produced by Colossal Films is just the ticket to the fame that she believes will finally bring her the love and acceptance that she never had growing up as an orphan.

The problem is billionaire playboy Declan DeMassy, the Co-CEO of the parent company that recently acquired Colossal Films, is looking to cast more than just a role in the movie. He is also looking for someone to play the role of his fiancée in order to secure full control of his family’s multi-national conglomerate from his wily grandmother who thinks it’s high time that Declan settles down and isn’t above using her crucial shares in DeMassy Enterprises to make that happen.

When Meredith attempts to fast talk her way into Declan’s office to audition for the role of Kitty, he decides instantly that she is the perfect woman to play the dual role he has in mind and offers her a deal: He will give her the role of Kitty Beauregard if she agrees to pretend to be his fiancée for the length of time that it takes to film the movie.

However, when this make-believe engagement unexpectedly ends up resulting in a real marriage, what started out as a straight forward business arrangement turns intensely passionate…and highly complicated. How can a woman who has had her heart broken too many times come out of a marriage-of-convenience to an infamous heartbreaker unscathed? Especially one as devastatingly seductive as Declan DeMassy?
Reviews from Goodreads.com