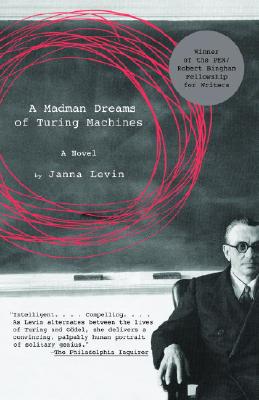 The narrator is a scientist herself, a physicist obsessed with Kurt G—del, the greatest logician of many centuries, and with Alan Turing, the extraordinary mathematician, breaker of the Enigma Code during World War II. "They are both brilliantly original and outsiders," the narrator tells us. "They are both besotted with mathematics. But for all their devotion, mathematics is indifferent, unaltered by any of their dramas . . . Against indifference, I want to tell their stories." Which she does in a haunting, incantatory voice, the two lives unfolding in parallel narratives that overlap in the magnitude of each man's achievement and demise: G—del, delusional and paranoid, would starve himself to death; Turing, arrested for homosexual activities, would be driven to suicide. And they meet as well in the narrator's mind, where facts are interwoven with her desire and determination to find meaning in the maze of their stories: two men devoted to truth of the highest abstract nature, yet unable to grasp the mundane truths of their own lives.
Reviews from Goodreads.com