A Love Through All Time — Jean Nash 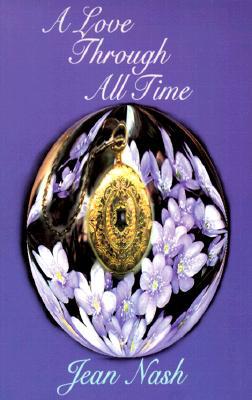 Share:
When Andrea Morrow moves to Manhattan to pursue an acting career, she experiences baffling visions of New York City in an earlier era. Though disturbing, the strange visions don't keep her from pursuing her dream.

Unexpectedly, she wins the lead in a television miniseries about a fact-based love triangle and murder that happened almost a century ago. When filming begins, Andrea is thrown into daily contact with Justin Dinehart and Paul Salinger. Soon the three are involved in a dangerous love triangle of their own.

Tensions mount on the set. Justin, in a jealous rage, tries to kill Paul, which sends Andrea catapulting into a spontaneous past life regression. There she learns that she, Justin and Paul were involved in a tragedy that now threatens to ravage their present lives.

Will the tragedy be repeated, destroying them as it did before? Or will Andrea reverse the tide so that she and her soul mate can fulfill their destiny and share... A LOVE THROUGH ALL TIME?